If you’ve watched my webseries “The Panel Jumper,” you know that the B-story in Issue 003 is a martial arts fight scene inside the store. I was asked by the programmer of Annex Theatre’s “Spin the Bottle” if I wanted to show anything during the February 2015 show. So I … Continue reading →

The Doctor and his companion encounter a familiar enemy, and things don’t work out so well for the Doctor in the end. Click here for Episode 1 and Episode 2.

An excerpt of Michael Fiore’s “Get The Girl Code” video sales letter. [note: who knows how these things make it onto YouTube through unofficial channels, but I chose this avenue as opposed to sending you to the sales letter page because, well, sales letter page]

The Doctor picks up another willing companion, only this time the excursion to a far off distant world doesn’t end so well. Click here to watch Episode Three! Find part one here. 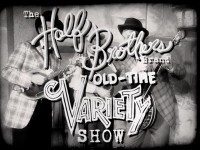 I’m testing out a new After Effects script that automates the kinetic typography process, essentially cutting down 30 minutes of work into about 3 minutes. Pretty fantastic stuff. Problem is, do clients want this kind of style anymore?