Cole, Manager Mike and I take some time during the April 2017 Spin the Bottle to promote the upcoming Panel Jumper Live Chapter IV. 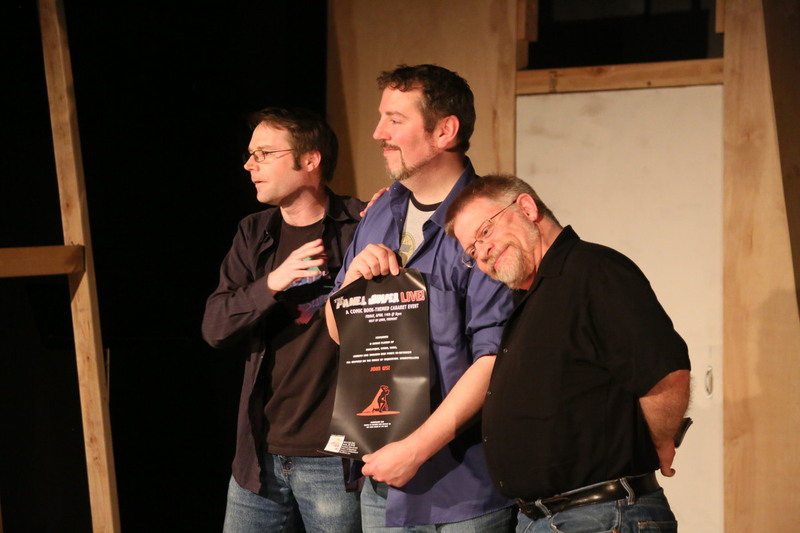 I then invite the audience to vote on whether or not they think Manager Mike should live or die. 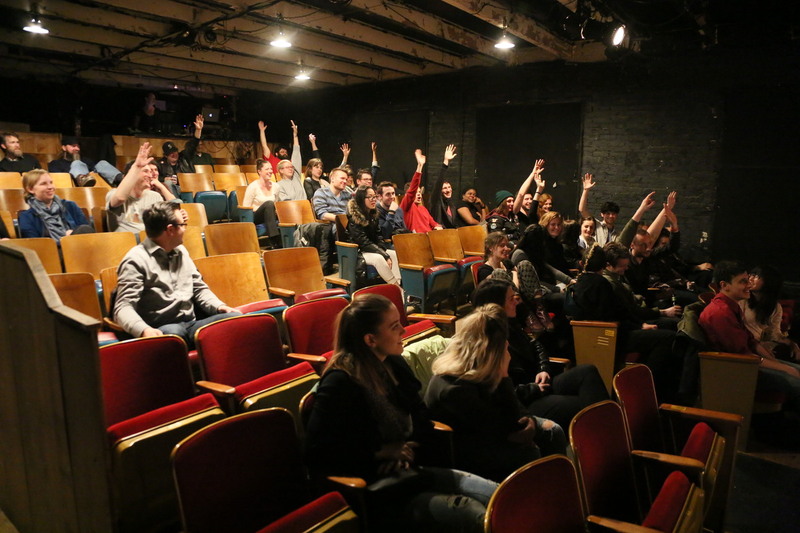 Interesting note: Writer / Director / Actor / Comedian Bobcat Goldthwaite was in the audience that night (unfortunately, you can’t see him, but he’s sitting house left in the second row. He voted for Mike to live).

I decided that “die” had more votes, so I presented the prop headstone and gave Mike a final beer. 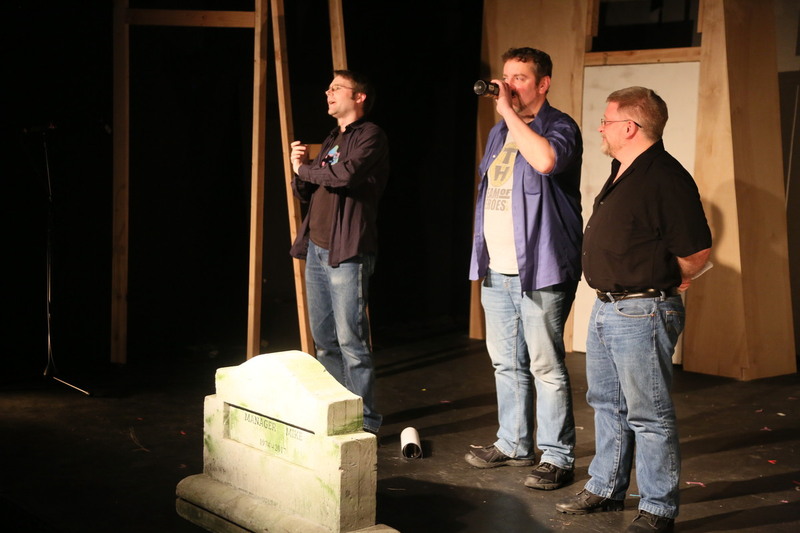