Paul and Ben make movies for you!

A maniac with a vendetta goes up against a detective with a secret.

An infomercial for the latest in kitchen gadgetry. Be afraid… be very afraid.

Paul and Ben present the latest in extreme sports.

Two guys disrupt space and time. There’s a bit of a story behind this one. 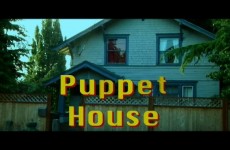 The pilot of a new series.

Paul and Ben lead you through the highs and lows of operating an open air market fruitstand. 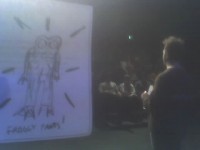 Paul had asked the Spin the Bottle audience to photograph themselves with the Froggypants character he created, and then he made a video out of it.