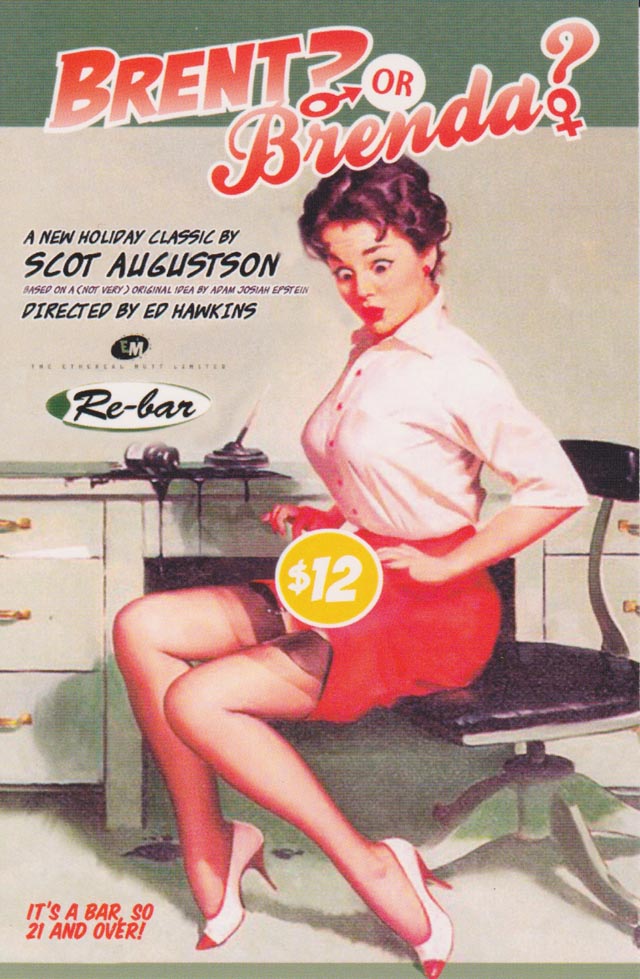 Glen or Glenda, beloved crap filmmaker Ed Wood’s 1953 plea for cross-dressing emancipation, is inherently funny. Scot Augustson, the profanely Python-esque mind behind randy shadow puppet shows like Gone Are The Days, is Seattle’s funniest playwright. That Augustson uses Wood’s deranged transvestite treatise as inspiration for a tale of one man at war with his own nature should be outright hilarious. Staging this “Anti-Holiday Holiday Show” is Ed Hawkins, whose previous spoof at the Re-bar was the gut-busting Deflowered in the Attic, and the night also moses a “totally gratuitous musical number.” Likely to be even more hysterical than the Paramount’s Rocketts show -Steve Wiecking, Seattle Weekly

Nominated for Best of the Fringe, Seattle Times Footlight Awards, 2003 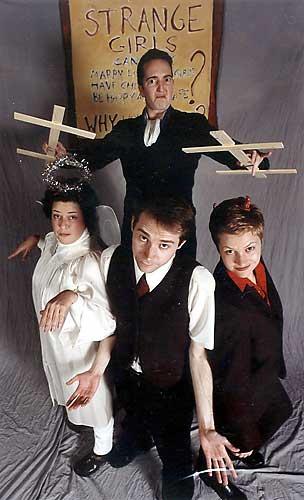 “Ben Laurance’s performance as Brent is so perfectly guileless, he either channels the character or isn’t acting at all.” -Brendan Kiley, The Stranger

“At one point Brent/Brenda, played by the quick-witted Ben Laurance, mentions that he/she has landed a job in the theater. ‘Does that surprise you?’ Laurance asked the audience Saturday night. Not at all. Earlier in the evening, a noisy cell phone went off in the front row, and Laurance instantly ad-libbed the unwanted sound effects into the show. What a trouper.” -John Hartl, The Seattle Times

“Ben Laurance is utterly engaging as Brent/Brenda, thanks to his deadpan sincerity in the role; due to the fact that he looks just as uneasy in women’s clothes as Wood himself did, there is an odd but genunine poignancy in Brent’s wanting to play dress up.” -David-Edward Hughes, talkinbroadway.com